Why you need to go to Kyoto

Many consider Tokyo the heart of Japanese culture. But when travelling to Japan, make sure you visit Kyoto to experience the country's true spirit.

Historically, Kyoto is important because it was the capital city of Japan for over one thousand years until 1868, when the court was relocated to what is now Tokyo.

This made Kyoto the cultural epicentre of the country, and the people of the city have tried very hard to maintain its status as such.

While modernisation has been difficult to halt entirely, Kyoto still contains more pre-war buildings than most cities, owing to the fact that it was not subjected to an intense bombing in the closing stages of the Second World War.

Considering that it was originally listed as a target for the atomic bombs until it was replaced by Nagasaki, we’re fortunate to still be able to visit its shrines and walk in its gardens. 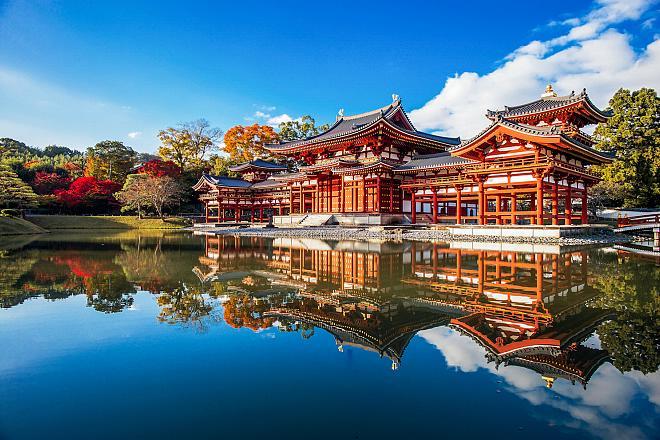 While the culturally important historic buildings and shrines bring many people to Kyoto, when they disembark the train they’re presented with a station that’s as surprising as it is inspiring.

Built in 1997, the building isn’t new, but its futuristic design means that today it appears entirely modern: a high and expansive atrium is defined by an arcing glass ceiling and platforms projecting into space above the heads of the passengers.

Containing not only the terminal itself, but also a mall, cinema, a host of offices and even a pleasant minimalist roof garden, Kyoto Station could almost be a city unto itself, though considering the architecture it is a city from fifty or so years into the future.

Bridging the gap between old and new

Kyoto Tower, found a five-minute walk from the station, with its hard angles and abundance of visible concrete, may lack the aesthetics of the station, but it does continue to bridge the gap between the traditional and the contemporary, as well as providing an excellent vantage point to look down on the city.

Like it or not, it serves as a reminder of the contrast between old and new in Kyoto.

The tower also acts as a strong contrast to the number of impressive temples within a few minutes’ walk of the station: To-ji, Nishi-Hongan-ji and Hagashi-Hongan-ji, of which the latter is the most impressive.

The main hall of Hagashi-Hongan-ji is one of the largest wooden structures in the world.  While the temple will always be a draw to tourists for its status and grandeur, it’s also a place where a traveller can feel welcome to sit and reflect for a while away from the traffic and noise of the city.

The hustle and bustle outside is an element of Japan’s drive toward the future, but being able to appreciate the stillness of a shrine, even a busy one, shows another side of the country that is just as important.

The clash of old and new that makes Kyoto intriguing but, interestingly, the clash isn’t a modern issue.

After the original buildings of the Imperial palace burned down in the Great Tenmei Fire of 1788 the palace itself is relatively new, rebuilt in 1855. Likewise, the Omiya palace was built in 1867 to replace the Sento Palace which burned down in 1854.

While the Omiya palace is still used by the imperial family the same is not true for the Imperial Palace.  The Imperial court moved to Tokyo in 1868 and the buildings went relatively unused, placed under a preservation order in 1877. While the palace was, and still is, used in a more limited capacity, it forms a museum to the traditional: in essence, a monument to what the Emperor and his people thought represented Japan.

The desire to preserve this idea of Japan has been passed on through the generations and since the building of Kyoto Tower, the construction of tall buildings has been strictly prohibited.

The extreme of this push toward preservation can be seen in the nearby city of Nara, which was the capital of Japan prior to Kyoto.

The shrines, palace ruins and forest form a UNESCO World Heritage Site and it’s easy to see why.  Nara park is famous for the deer (which are protected national treasures) that meander through the trees and open spaces, as well as the temple Todai-ji which has the largest wooden building in the world.  The park is huge, beautiful and a natural space well worth keeping free of the encroachment of contemporary buildings. 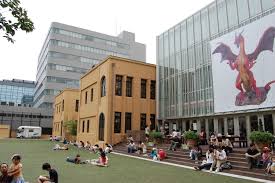 Manga and modern art in Kyoto

The modern side of Japan isn’t entirely ignored within the city as more recent cultural aspects have been recognised as being worthy of having a place in Kyoto.

The International Manga Museum was established in 2006 and documents both the popular modern texts as well as historical pieces dating back to the late nineteenth century.  With an emphasis on visitors being able to explore and read the texts at their own pace, it is quite a leap forward from the guided tours of the Imperial Palace.

Likewise, the Museum of Modern Art is a hub for contemporary Japanese culture; while the museum itself celebrates the imagination and talent of the Japanese people, a visitor would do well to visit the smaller galleries in the area as they are often as intimate as they are enlightening.  It often pays to get away from the crowds so that you can appreciate art at your own pace.

The conflicting forces of the traditional and modern can be found throughout Japan but, while you can see the same struggle in other cities, it’s in Kyoto that it can be seen most clearly in among some of the most amazing sights you’ll ever be privileged to see.